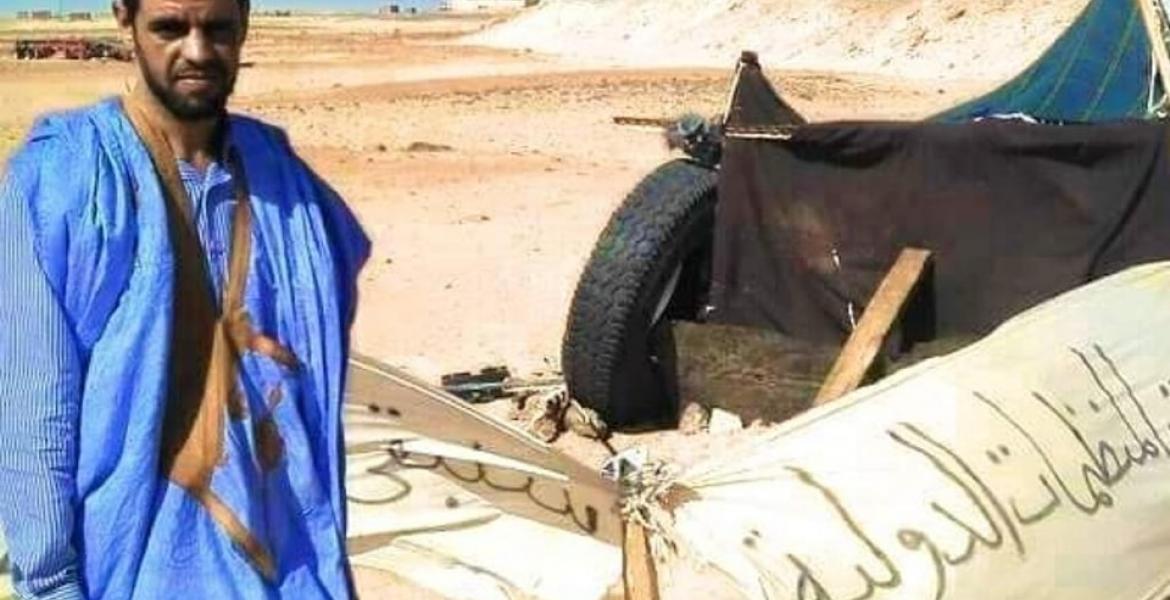 In this regard, the Committee issued an opinion following the complaint filed by a former polisario element in the name of M'Rabih Ahmed Mahmoud Adda, against the Algerian state, for kidnapping and acts of torture and ill-treatment he suffered on the territory of this country, whose agents have handed him over directly to polisario intelligence services, in retaliation for his activities of denunciation of human rights abuses in the camps of separatists.

The committee recalls that the complainant used to reside in Tindouf camps in Algeria. He has done his secondary education in M'sila, in the center of the country, and in Libya. He returned to the camps in 1998 and underwent military training in Algerian army barracks, before being assigned to a military unit. Since 2010, the author has made a living from trading in smuggled fuel.

In May 2011, the complainant and several young activists challenging the authority and practices of the polisario founded a movement to peacefully denounce human rights abuses of those sequestered in the Tindouf camps.

According to the author, since its inception, this movement has organized numerous sit-ins, including calls for the departure of the separatists' leadership.

He was first arrested on March 26, 2013 and was detained for three days by "the security services" in the Tindouf camps and subjected to torture and ill-treatment, as well as threats designed to dissuade him from stopping his political activities. Released on the third day, he continued throughout 2014 to carry out peaceful protest activities against the actions of the polisario leadership.

M'Rabih Ahmed Mahmoud Adda is one of the founders of the association Assomoud, which aims to demand the right to freedom of expression and movement, as well as dignified living conditions for the sequestered population in Tindouf. He participated, within this organization, in an open sit-in in front of the office of the United Nations High Commissioner for Refugees in Rabouni in January 2014.

For this reason, he was arrested a second time on July 25, 2014 while returning to Tindouf. He was at the home of one of his relatives, located in the Ennahda neighborhood of Tindouf, when at around 2 p.m., four Algerian security agents in civilian clothes entered the premises.

After forcing their way into the house, Algerian agents quickly covered his head and handcuffed him, while beating him with a baton. No reason was given for his arrest and no judicial warrant was presented to him, according to the same source.

After a violent beating, the author was taken to the entrance of the camp of Rabouni, then handed over to agents of the polisario among whom he could recognize M. L. and A. O. A. S., who immediately took him to Errachid detention center, known by the camps' inhabitants as a place where torture was commonly practiced.

The UN Human Rights Committee recalls that Algeria has a duty not only to investigate thoroughly alleged human rights violations brought to the attention of its authorities, particularly those involving violations of the right to life, but also to prosecute, try and punish those allegedly responsible for such violations.

In this regard, UN Committee has already expressed its concerns about the de facto devolution of powers, including jurisdictional powers, by Algeria to the polisario and the fact that such a position is contrary to the obligations of the State party to respect and ensure the rights recognized by the covenant to all individuals in its territory.

In addition, UN Committee has already pointed out that in such a context, victims of human rights violations living in the Tindouf camps do not have an effective remedy before the State party's courts.