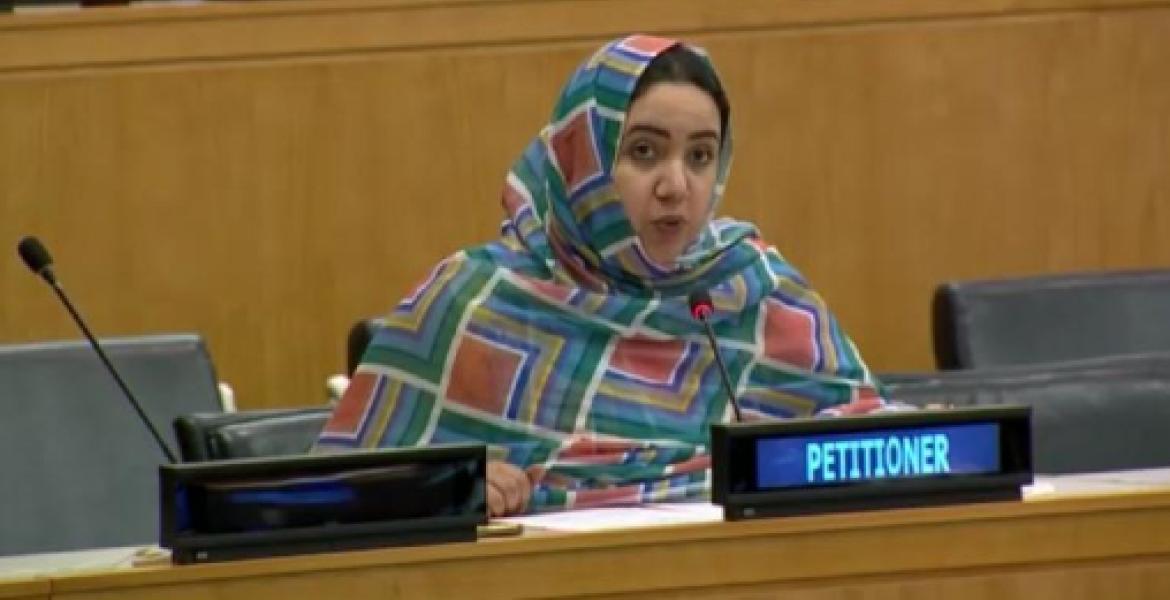 Dynamics of Development in Southern Provinces Highlighted before the UN

"As an associative actor and a native of the city of Laayoune in the Moroccan Sahara, I can attest that the Moroccan Sahara has become nowadays one of the most valued trade platforms at the regional, continental and global levels," said Ezaoui, who spoke at a meeting of the Committee of 24 of the United Nations (C24).

Since the return of the Moroccan Sahara to the Motherland in 1975, tremendous efforts have been made by Morocco, especially through the New Development Model for the Southern Provinces, to establish this part of the Kingdom in a region of stability, prosperity and future for the development of the entire African continent, she said.

"The transformation of the Moroccan Sahara has been achieved in several key stages through the opening up of this region, via extensive projects of electrification, drinking water supply or the construction of road structures," she explained.

Capitalizing on its achievements, the Moroccan Sahara region has managed to initiate a dynamic of sustainable growth through the implementation of major projects, particularly in the field of renewable energy, including solar power plants NOOR Laayoune and NOOR Boujdour, which will undoubtedly have great socio-economic benefits on the population of the region, she said.

On the opening of several consulates general in the Moroccan Sahara, Ezaoui described the initiative as a recognition of the success of economic policies in the region and a mark of confidence in its future as a West African trade hub.

The presence of these diplomatic and consular representations in Laayoune and Dakhla reflects the dynamics that the Moroccan Sahara region engaged in a process of inclusive development, multisectoral and sustainable, she said.

Ezaoui noted that the associative actors welcome this virtuous dynamic, the sustainability of which is ensured by Morocco's sovereignty over the region, away from the fantasies of other parties.

"That is why we believe that the Moroccan autonomy initiative is the only solution that takes into account our aspirations to manage our local affairs in democracy and stability," she said.

"We have stressed our commitment to our Moroccanness and the Autonomy Initiative through our massive participation in the legislative, regional and communal elections of September 8, 2021, to democratically elect our legitimate representatives and we will continue to do so through our full participation in the democratic project of the Kingdom of Morocco," Ezaoui added.

Referring to the growing international support for the autonomy plan, she noted that the sovereign and strong decisions expressed by France, the United States, Germany, the Netherlands and Spain in support of this plan as the sole option to resolve this regional dispute, respond to the reality on the ground and the history of the region.

"All these elements add up to create the reality of the Moroccanness of the Sahara and the Autonomy Initiative as the only solution to this regional dispute," she concluded.