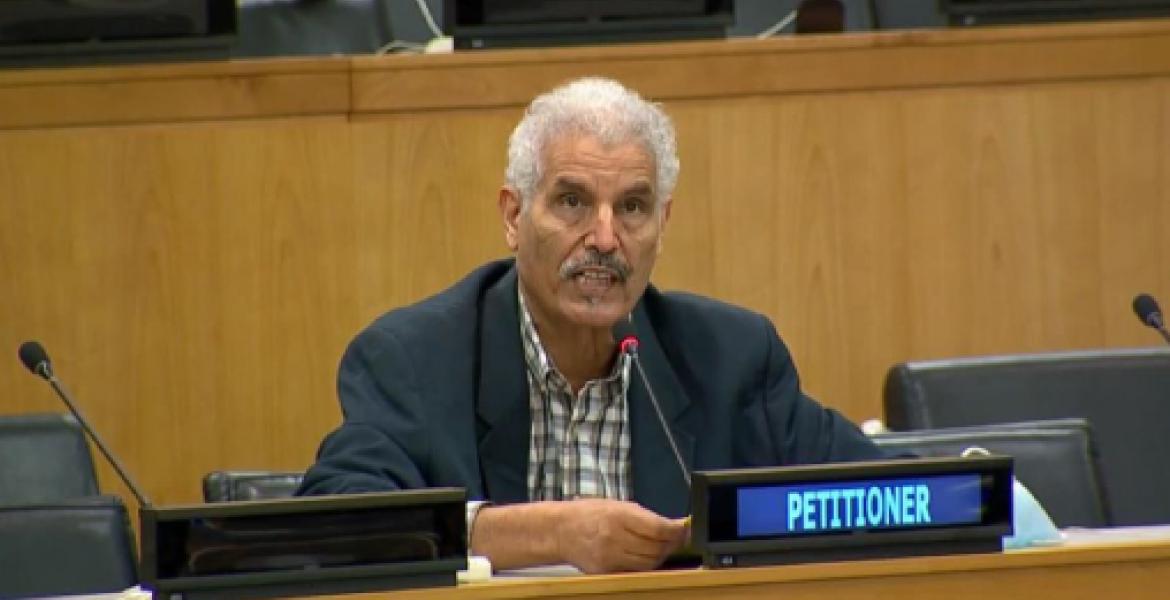 Speaking at a meeting of the Committee of 24 of the United Nations, Mr. Salek, who was also a former member of the "political bureau of the polisario", condemned the "authoritarianism" and the "absolute power" of the leaders of the "polisario" which is based on "tribalism" and the "exclusion" of the true natives of the Sahara.

“When I declared my opposition to the abductions, imprisonment and serious violations of human rights, which have affected many of our comrades in the camps, on a tribal and racist basis, it was my turn to to be kidnapped,” Mr. Salek told the C24 members, noting that he had to spend many years imprisoned without his family knowing anything about his fate.

In prison, he added, "I was subjected to the most horrific and unimaginable forms of torture and abuse".

Mr. Salek, who now leads the opposition movement Khat Chahid to the separatist front, explained that he tried to urge the Polisario leaders to dialogue and to "reason" by encouraging them to "start negotiations with Morocco to put an end to this conflict which has lasted too long".

"Our attempt to reform this leadership has failed after almost twenty years of opposition, because the leaders only serve the interests of other parties by continuing to trade in refugees and international aid," he explained.

Mr. Salek thus called on the international community to "encourage and support" Morocco and "to help it implement the easiest solution to put an end to this long conflict, which is the autonomy of the Sahrawis to manage their lands, wealth and affairs through elected institutions, which enables them to live with dignity under the rule of law”.

According to him, the Moroccan autonomy plan "will put an end to the suffering of our people in the camps and will allow them to return to their honorable country, with their heads held high thanks to international guarantees, to participate in the autonomy of the Sahara under the sovereignty of the Kingdom of Morocco".