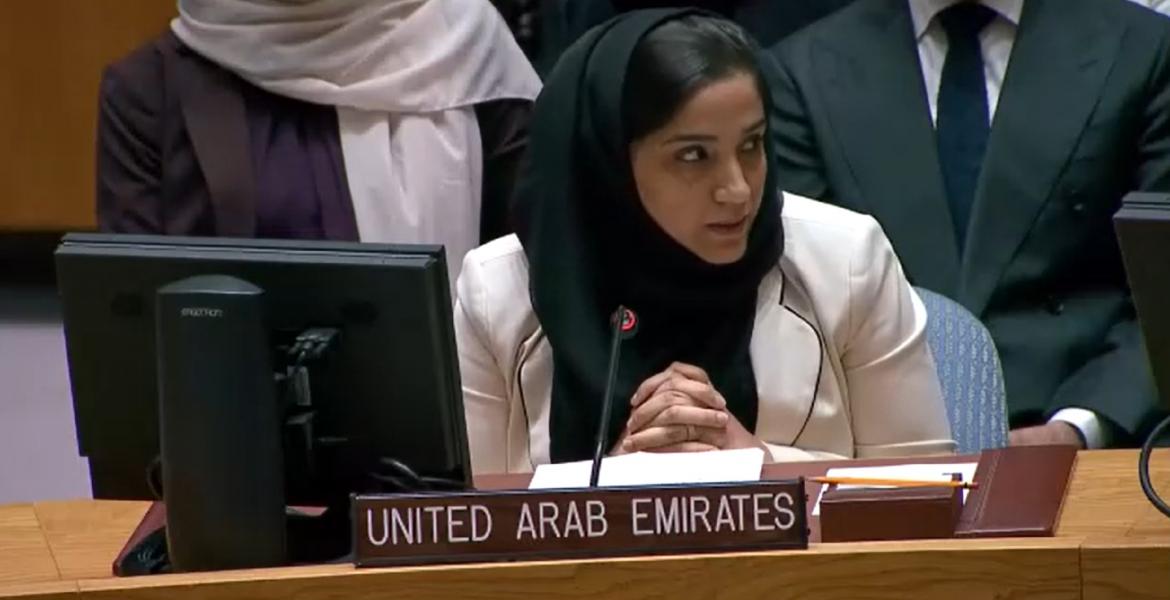 The United Arab Emirates reaffirmed, on Thursday at the UN Security Council, its "full" support to the Moroccan autonomy plan and the Kingdom's sovereignty over its Sahara.

"My country renews its full support to the Kingdom of Morocco and its sovereignty over the Moroccan Sahara," said the Deputy Permanent Representative of the United Arab Emirates to the UN, Amiera Al Hefeiti, who was speaking after the vote by members of the Security Council of resolution 2654 extending the mandate of MINURSO to 31 October 2023.

The UAE diplomat noted that her country supports the autonomy initiative presented by Morocco in 2007 which is described as serious and credible in the Security Council resolutions, noting that this initiative is an "important solution that is in line with the UN Charter and its resolutions and preserves the territorial integrity of the Kingdom of Morocco."

The UAE Deputy Permanent Representative to the UN also welcomed the adoption of resolution 2654 extending the mandate of MINURSO, saying that this text reflects the "important and active" role of the UN mission in strengthening stability in the region.

She also welcomed the "constructive approach" of the Security Council, which affirmed support for the efforts of the Personal Envoy of the UN Secretary-General for the Sahara, Staffan de Mistura, to facilitate the political process to achieve a political realistic, sustainable and acceptable solution, based on the parameters established by the Security Council since 2007.

The Emirati diplomat called on the Personal Envoy of the UN SG to continue to capitalize on the progress made by his predecessor, Horst Köhler, namely the roundtables with the four participants, stressing that this process is an "important step" towards a political solution to the regional dispute over the Moroccan Sahara.