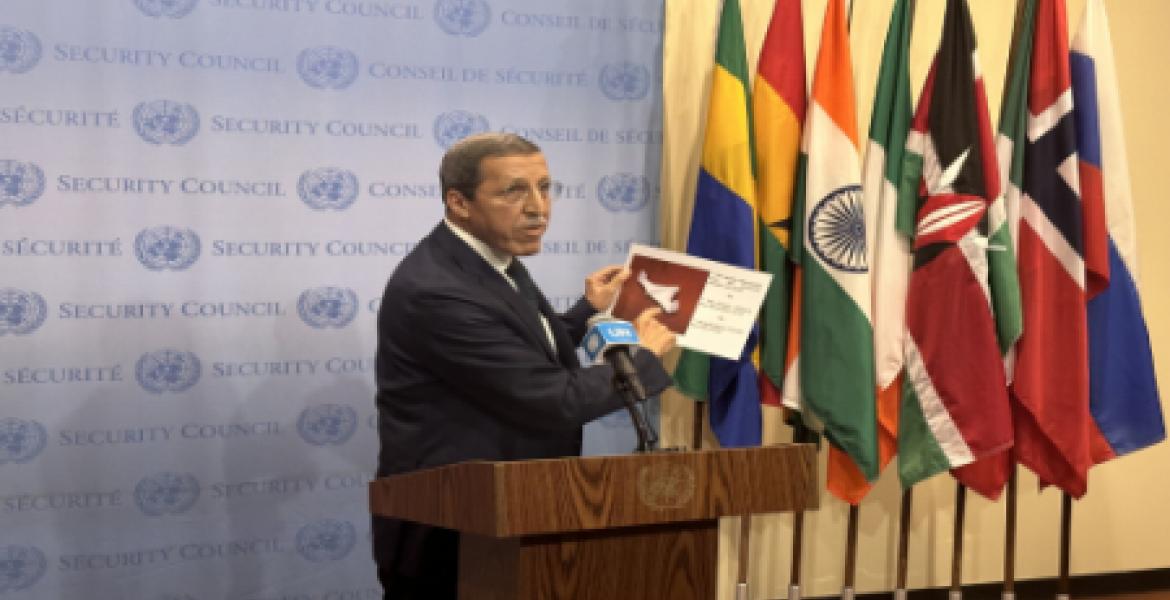 Replying to a question on reports of the acquisition by the "polisario" of Iranian drones, during his press conference held following the adoption by the Security Council of the resolution 2654 extending the mandate of Minurso for one year, Hilale warned that if this information proves true, three observations should be made.

"On the geopolitical level, it will be another confirmation that we have been right for two years in warning that Iran and Hezbollah are infiltrating Tindouf and North Africa. They have gone from training to equipping the "polisario" with drones. This is serious," the ambassador said, noting that they "are destabilizing our region after having done the same" in Yemen and Syria.

"It would be considered a serious act not only for Morocco, but for the whole region," he warned.

Militarily, this new deal, if true, would be "a game-changer," he noted, stressing that Morocco will react accordingly. "They (the separatists) know that when Morocco decides to react, it does so appropriately," the diplomat said.

It will also be a "moral issue," he added, explaining that at a time when the new Security Council resolution calls for international organizations to increase their contribution and the UN representative in Algiers speaks of the risk of famine (in the Tindouf camps), the "polisario" boasts of having received Iranian drones.

Holding up a photo showing a model of the cheapest Iranian drone, Hilale said that its price ranges between 20,000 and 22,000 dollars, which is equivalent to food rations for 300 people for a year, medical services for 500 people, in addition to the annual schooling of 120 children in the Tindouf camps in the Algerian desert.