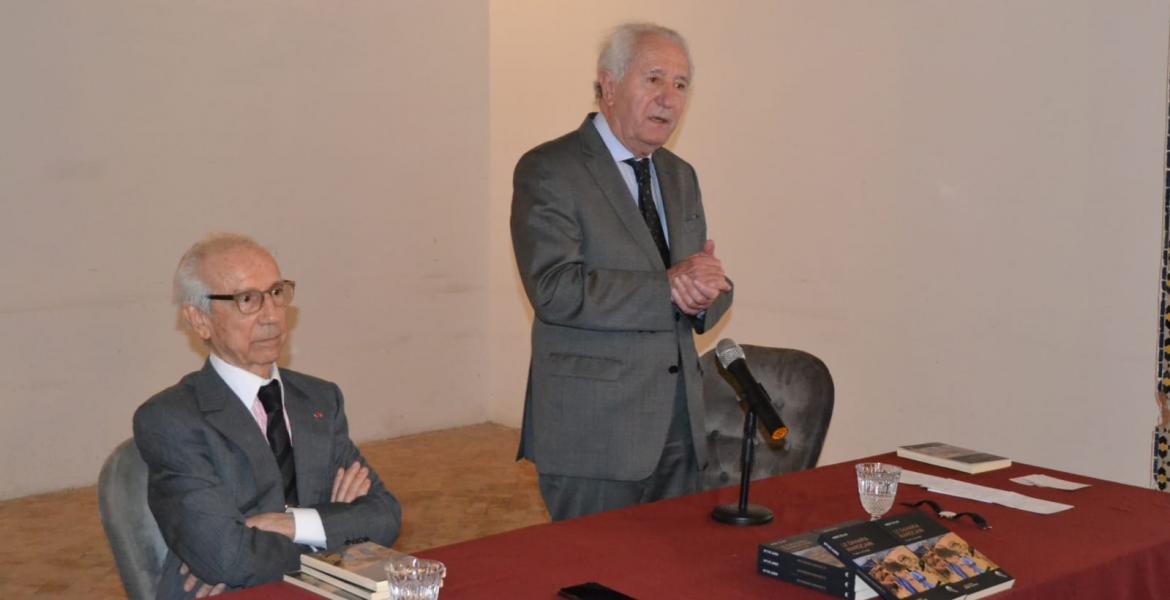 Conference in Paris on Political, Economic and Social Issues of ً Western Sahara

This meeting, organized at the Kingdom's embassy in the French capital, was an opportunity to present the second edition of the book "The Moroccan Sahara - Space and Time" by Seillan.

In his introductory speech, Morocco's ambassador in Paris, Mohamed Benchaaboun, underlined the importance of this second edition of the book insofar as it intervenes in an international context marked by important achievements made by the Moroccan diplomacy under the enlightened leadership of HM King Mohammed VI regarding the Moroccan Sahara issue.

He noted that Morocco triggered a positive and constructive dynamic, by proposing in 2007 an initiative for the negotiation of a statute of autonomy for the Sahara region, within the framework of the sovereignty of the Kingdom and its national unity, adding that with this initiative, the Kingdom guarantees to all Sahrawis, both outside and inside, their full place and role, without any discrimination nor exclusion, at the bodies and institutions of the region.

Over the past few years, said the diplomat, Morocco has launched an exceptional investment program which features road and port infrastructure, reinforced electricity and internet connections, university and hospital equipment as well as industrial recovery units, in the objective of establishing the region as a real center of investment and growth for the benefit of local populations.

These development efforts consolidate regional stability, contribute to the strengthening of strategic ties between Europe and Africa and show that the Sahelo-Saharan region can avoid instability and the scourge of terrorism in Africa, as recalled by the 79 delegations of the Global Coalition to Defeat ISIS, which met in Marrakech on May 11.

The Kingdom, he said, seeks to become a hub between sub-Saharan Africa and Europe, noting that this dynamic could be accelerated if it enjoys clear support from other European states.

For his part, Seillan highlighted the genesis of the artificial dispute over the Moroccan Sahara, created from scratch in the context of the Cold War, while underlining the novelties of the second edition of his work, more enriched and updated, in the light of the latest developments of the Sahara issue.

"The book is only the expression of what I have seen and heard" in the Moroccan Sahara, Seillan pointed out before an audience made up in particular of French senators, intellectuals, elected officials and members of the Moroccan community in Paris and its region.

The writer, also author of the book “The policy against the law. The Sahara, human rights and the trial of Gdim Izik”, recalled the main outlines of his work, which relates the historical and political contours of the Sahara issue, stressing the growing international support for the autonomy plan in the Moroccan Sahara, which was proposed by the Kingdom, thanks to a proactive and active royal diplomacy.