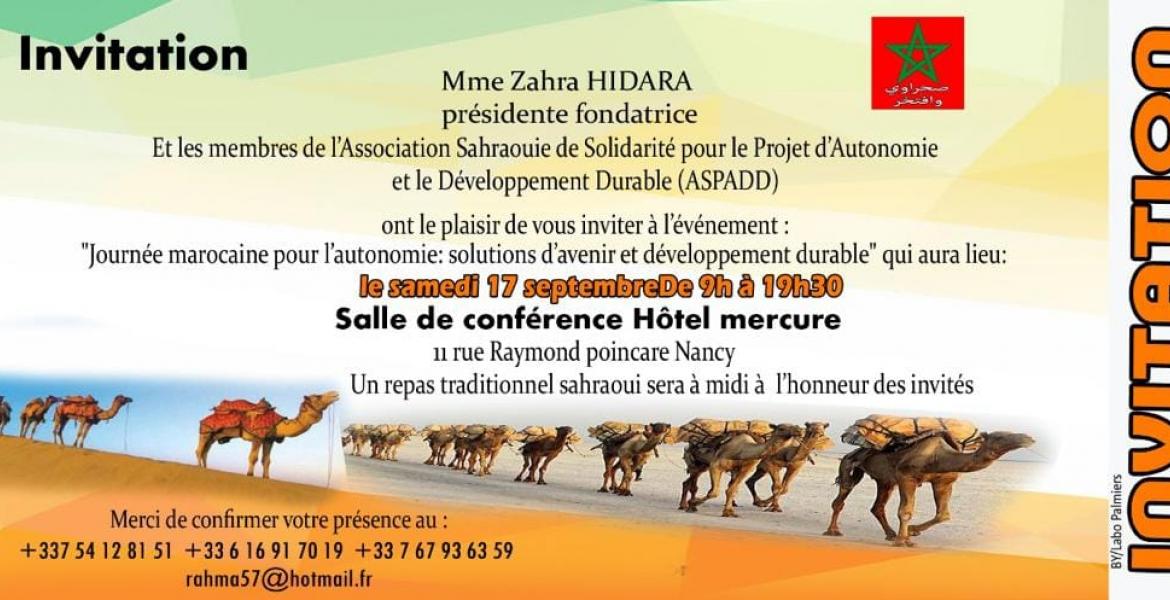 This meeting, initiated by the Sahrawi Association for Autonomy Project and Sustainable Development (ASSPADD), was marked by a series of activities, including an exhibition of crafts from the southern provinces and a conference-debate.

The conference gave the floor to the former founding member of the separatist movement ''polisario'', Mahjoub Salek, the French-Swiss political expert, Jean-Marie Heydt, the researcher at the Interdisciplinary Center for Research and Initiative (CIIRI-Paris), Mohammed Mraizika, and the president of the International Observatory for Peace, Democracy and Human Rights in Geneva (IOPDHR), Aicha Douihi.

The meeting addressed, among other things, the historical aspect of the artificial conflict over the Moroccan Sahara and the context in which Salek chose to abandon the separatist project, as well as his commitment to defend and promote the autonomy project.

The speakers also shed light on the content of the autonomy project and denounced the living conditions of the populations held against their will in the camps of Tindouf, in Algerian territory, as well as the repeated and systematic violations of their most basic human rights, especially children.

The conference was marked by the testimony of three Sahrawi activists and an exchange between the speakers and the audience.