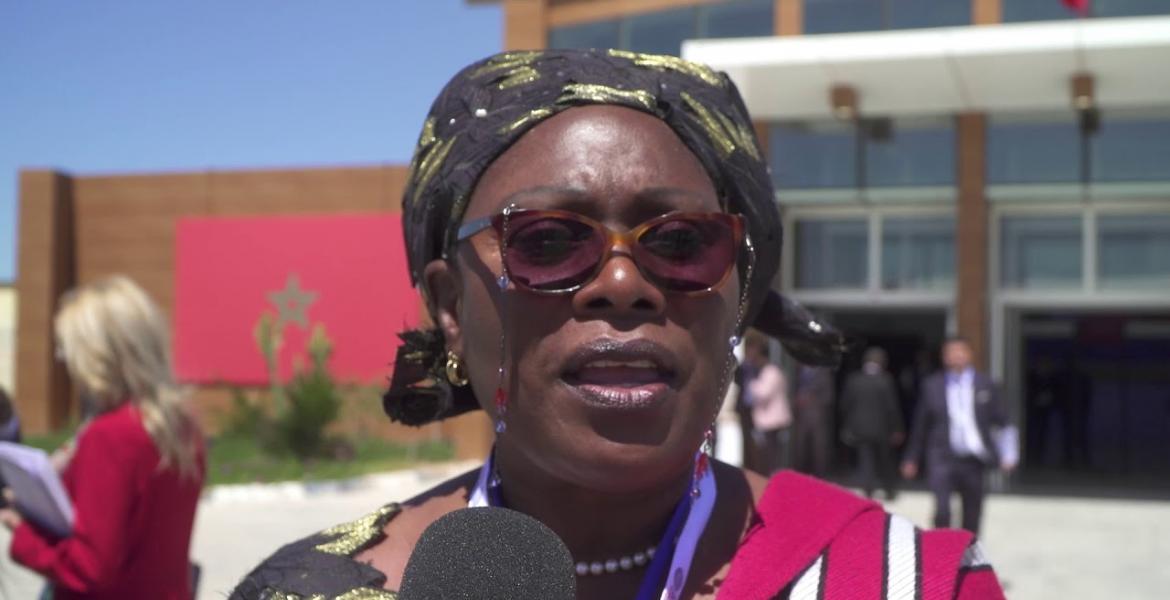 The Moroccan Sahara as the natural continuation of the country that the territory is in no way a question of decolonization. Therefore, the Moroccan Sahara is today the most prosperous, stable and advanced region of Africa, thanks to the New Development Model for the Southern Provinces launched in 2015, by His Majesty King Mohammed VI.

This large-scale endeavor, which, through multiple far-teaching social and economic development projects, radically transformed the economic and development outlook of the region, is endowed with a budget of more than 8 billion dollars.

This policy framework is implemented as part of a comprehensive and integrated national development strategy, which aims at improving the living conditions of local populations and realization of major Infrastructure projects, in order to ensure a sustainable economic take- off the region.

The local elected representatives, resulting from the democratic elections of September 8, 2021, remain the only legitimate representatives of the population of this region to manage the local affairs of the Moroccan Sahara. They are the ones that are planning and implementing the New Development Model for the Southern Provinces.

This new dynamic triggered by the New Development Model for the Sahara Provinces, attracting national and international investments, will make this region a hub of economic exchange and an interface of cultural and human connection between Morocco and the sub-Saharan African countries.

In this perspective, the Moroccan Sahara is the next main port platform in Africa, through the future port of Dakhla Atlantique, and a major transit point passage for international trade connecting Africa to Europe, Africa to America and Africa to Asia.

The Moroccan Sahara is hosting 24 General Consulates of several countries in Africa, America and Asia that play key functions for investments and the strengthening of trade and economic exchanges with Morocco. The UN Secretary General has mentioned in his latest report the opening of fourteen Consular representations in the two Moroccan cities of Laâyoune and Dahkla.

Based on good governance within the framework of advanced regionalization, the New Development Model promotes trust and democracy to guarantee sustainable development, while improving the frameworks linking the Southern Provinces, on the other hand, to all the rest of the Kingdom and, to the countries of sub-Saharan Africa.

The implementation of this strategy will also be done through supporting the production sector, integrating small and medium-sized enterprises (SMES), boosting social development and promoting Hassani culture.

This strategy also involves the continuous management of natural resources, the protection of the environment, the strengthening of communication networks, expands the regions' skills by providing them with working mechanisms, as well as the establishment of funding.

The economic dimension of this new model aims to upgrade development mechanisms in accordance with the support program for production sectors of phosphates, agriculture, maritime fishing and ecological tourism.

With regard to the social dimension, the program aims to achieve   a qualitative leap in terms of qualification of human resources and strengthening of the dimension, which will make it possible to profit equality from local resources, to create opportunities for employment, to acquire basic equipment and to have high quality social benefits.

In the same context, the development model attaches great importance to improving the spatial connection of the Southern Province so as to leverage the opportunities offered by the geostrategic location of the Kingdom. In this spirit, the New Development Model will include the construction of the express road Tiznit-Laâyoune-Dakhla in order to connect the southern provinces to the other regions of the Kingdom.

Mr. Chairman, let me end by emphasizing that Morocco is well placed in making sure that it takes care and provides the right environment for the empowerment of its citizens, including the population of the Saharan and Africa as a whole. As an African woman, I therefore urge those who are still thinking of dividing us to take stock of the latest developments on the ground, which only confirm the Moroccanness of the Sahara.